To Badger or not to Badger

05 Nov To Badger or not to Badger

Do you know the origin of the term “to badger“?

“Badgering“is also known as pestering, bothering, nagging, or teasing.  But these traits are not from the animal itself, but rather from the early sport of Badger Baiting whereas hunters would send dogs to harass badgers for entertainment and for blood sport.  Similar to dog fighting, badger baiting was forced combat between the badger and a succession of hounds.  Badger baiting, now thankfully illegal, would typically end with the death of the badger and most likely major injury to the dogs.  So it seems the origin of the term descends from human behaviour towards the badger and not the animal’s behaviour towards humans.  Thus, this retired sport became a popular term still used widely today. 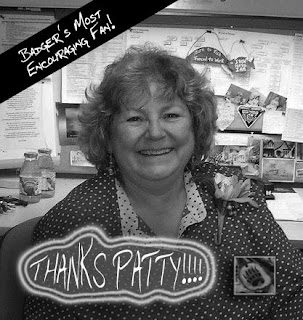 But we love when fans “badger” us with questions and comments on our facebook page or by email.  In fact, we love it so much that we decided to award our most engaged and interactive fan of Badger Paddles… for those who dig the water a special token of our appreciation and gratitude for their continual encouragement and support.
And we already have our winner – paws down!  Patty from Southern Ontario has proven to be our most encouraging and supportive fan on Facebook.  Patty always has great feedback for Badger Paddles… for those who dig the water and we want her to know just how much we appreciate her support.
Patty will be receiving her NEW Badger Paw shed antler pendant necklace made specially for Badger Paddles for her contributions made to our fan page on Facebook.  It is our gift to Patty, who we hear loves fishing and spending time at the lake with her family in the Kawartha region.  Thanks Patty!
Become a fan of Badger Paddles… for those who dig the water on Facebook for your chance to win some great Badger merchandise just like Patty.  Can you dig it?